As parents, we want our children to be better and more successful than we were. We dream of an easier, happier, and more financially fruitful life than we ever had, and in order to do so, we work hard to obtain the best possible education for our kids.

But even in the best schools, parents need to do their homework if they want to teach their kids to be business minded and entrepreneurial. Schools teach academics such as history, math and writing skills, but being good at these subjects is a piece of a larger puzzle if you want your kids to start their own businesses or achieve financial success in a business that they are passionate about.

I have all the respect in the world for our school systems, curriculums, and most of all, our teachers; after all 75% of successful entrepreneurs ranked their academic performance among the top 30% of their high school class, and 95% of successful entrepreneurs have earned bachelors degree. There are, however, skills we learn in school that contradict skills that lead to entrepreneurial success, and these skills need to be taught outside the classroom.

1. Grades are Averaged, Success is Not.
In school, students’ grades are averaged based on all of their grades. Their first semester mid-terms are averaged with their last semester finals. A student can have difficulty in a new subject at first and get a C, drastically improve in the second semester and get an A, but end up with a B average. That B average follows them through their application for the next level of schooling. There is no additional credit given to the fact that the student learned from his or her mistakes. There is no forgiveness.

Thankfully, the real world is more forgiving, and entrepreneurs are encouraged by their predecessors to make mistakes and to learn from them.

Richard Branson’s first entrepreneurial endeavor was breeding and selling parakeets. When the birds reproduced faster than he could sell them, he had to shut down the business. Other past failures of his include Virgin Drinks, Virgin Student, Virgin Brides, and the Virgin Megastore.

However, we do not view Branson as an average of his successes and failures. He is the Founder of Virgin Group, one of the most influential business men of our time, and worth an estimated $5 Billion – and that is how we view him.

It is important to explain to your kids that while school has a grading system, the rest of the world does not operate the same way. Explain that it is OK to make mistakes, as long as you use those mistakes as an opportunity to learn from them. Encourage them to learn new activities, and not to just go for the activities that come easily to them. Teach them that it’s OK to be uncomfortable and that there is nothing to be lost in trying something new.

2. There Is A Clear Path To Success.
In school, to do well on a test, there is a formula. You pay attention in class, read and memorize. For each student it can require a little more or a little less time, but the process is generally the same. In business, the path to success is not as clear.

In her first meeting with Neiman Marcus, Sara Blakely, the founder of Spanx, found that her presentation was losing the attention of the buyers after two minutes. Instead of continuing on with her presentation, she slipped into a pair of Spanx under her white pants, and showed the buyers what the product can actually do. In response to her bold move, Neiman Marcus agreed to sell Spanx in seven regional stores. Blakely took an unconventional and unplanned approach in order to seize a fleeting opportunity.

It is important to explain to your children that there is not always one way to accomplish a goal. It is ok to look outside the tool box of usual answers and solutions and to find their own answers. You can give them examples like Blakely’s story, or make creative suggestions to them yourself, until it becomes more comfortable for them to think creatively.

3. Behave Yourself.
In school, kids are in a group environment that can only be productive if all of the students behave, and hold onto their ideas, questions and answers until it is the appropriate time to share them. In business, you need to act quickly and you need to fight to be heard. Teach your children that it is ok to hustle, negotiate and to be persistent. Explain to them that if they have something important to say, it is ok to say it, even if they are not called on.

Encourage this action in their life outside of school. For example, if your child wants to take an art class that is not offered at a time that works for them, encourage them to call the studio and try to open up a class at a time that would work. Encourage them to persuade the studio to do this by bringing other kids on board that would fill the offered class time. If they say no the first time, encourage your child to call back again, hear the reasons why the studio cannot accommodate their request, and find and offer solutions that would make it work for both parties.

4. No Means No.
Similar to behaving yourself, is learning to respect authority in school. When a teacher says no, children are expected to take that as a no. When a teacher gives a student a grade, the student is supposed to accept the grade.

We can all learn a skill or two from Dan Hedaya’s character, Mel Horowitz, in “Clueless”. When his daughter, “Cher” played by Alicia Silverstone, said in regards to her poor grades “This is just a jumping off point to start negotiations”, and then ultimately convinced her teachers to raise her grades. His response was “Hunny, I couldn’t have been prouder than if they were based on real grades.” He had a point. I bet if we saw Cher now she would be running a successful business. Anyone that can convince teachers to change their grades knows how to negotiate, and that is one of the most important skills in the business world.

Explain to your children that it is OK to respectfully negotiate with their teachers. Most teachers are rational individuals that just want their students to learn the material. If your child feels they received a grade that they did not deserve, or was picked on, encourage them to communicate with their teacher to find out why they received that grade. Most likely, the teacher will value the student’s efforts. They may or may not give the student an opportunity to change the outcome, but the value that your child will learn in effective communication will outweigh any grade they receive.

5. Do It Because It Is Assigned.
In school, there is a time and place for everything. You do your work when it is assigned, and you hand it in when it is due. In the business world, the only entrepreneurs that succeed are those that implemented an idea and took a risk doing so.

“The biggest risk is not taking any risk. In a world that’s changing really quickly, the only strategy that is guaranteed to fail is not taking risks,” said Facebook founder Mark Zuckerberg.

The decline in business ownership among young graduates also reflects a relatively low appetite for risk. In a 2015 survey, more than 41% of 25-to-34-year-old Americans who saw an opportunity to start a business said fear of failure would keep them from doing so, up from 23.9% in 2001. In another study, 549 company founders were asked to identify barriers to entrepreneurial success; the most commonly named factor – by 98 percent of respondents – was lack of willingness or ability to take risks.

We need to encourage our kids to follow their dreams by having them explore the best and worst case scenario. Have them write down the worst that can happen if they try and fail, and the best, wildest, most outrageous scenarios that can happen if they succeed. Help them to put fear aside by providing examples of successes they have had in the past, and of successes others have had when they put their fear aside.

Roxana Maddahi is a Wealth Advisor at Steel Peak Wealth Management in Los Angeles. Roxana has her own blog, Invest & Inspire, where she writes about matters of financial planning and investing in simple as possible terms. She can be reached at roxana.maddahi@spwm.com for questions or to aid in family financial planning or investing. 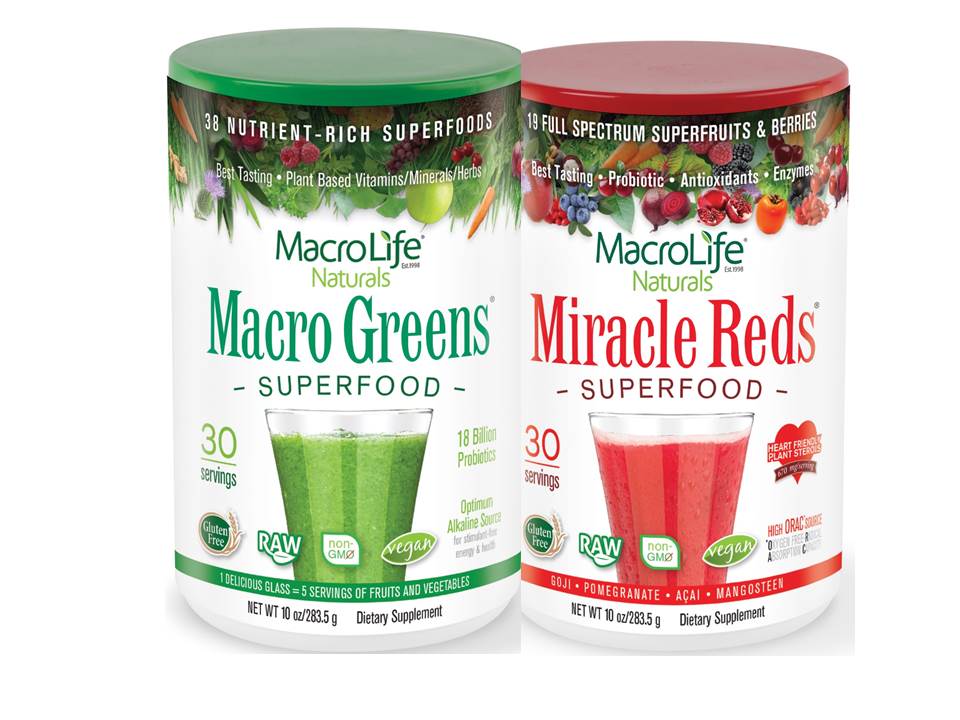 Enter for a chance to win Macrolife MacroGreens and Miracle Reds