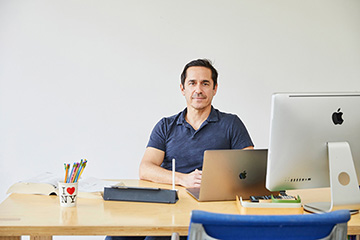 What better skill to teach a young student than How To Take A Test?

Surprisingly, this is a skill not taught in school. Perhaps it is because we (teachers, students and parents) tend to look at a test score as a reflection of how well a student studied for a test, an indication of a student’s ability, or even as a measurement of how smart they are. But no matter what these tests are telling us about our kids, one thing these tests undoubtedly measure is how well the student takes a test.

There is a performance aspect to test-taking and perhaps it should be looked at the way we look at performance on stage or in a playoff game. Athletes, actors and musicians are certainly aware of having to perform under pressure, in front of an audience, and they factor that into their preparation. Students should, too.

So what are the skills and mindsets demanded by taking important tests? We are well aware of the skills needed to be good students: organizing time, keeping up with daily homework, creating a study plan, not procrastinating, etc. In other words, things that require a certain level of maturity and discipline. But the skills needed on test day are different.

Test-taking considerations and skills include: pacing yourself so that you finish the test but are not rushing, strategically skipping questions and even entire passages so that you do not waste valuable time on the hardest questions, re-ordering the test so that you get all the easier points before attacking the more challenging ones, process of elimination techniques and considering given answer choices (if it’s a standardized test) rather than coming up with your own, being ready to change tactics as needed. And the performance aspect of taking the test includes: being well rested and well fed so that you have enough stamina and focus, having a mindset that fosters confidence and relaxation, knowing that there will be distractions in a non-ideal environment, keeping an eye out for the unexpected (both on the test and in the room), and a biggy – handling nerves.

These skills and mindsets can be taught, supported and cultivated.

In my specialty – test prep – there is a whole world of skills and mindsets that I make a major part of my students’ preparation. On standardized tests, perhaps the most important skill to cultivate is Test-Taking Logic. For example, on a punctuation problem in an English test, you might be given four answer choices, one of which is a semi-colon and one of which is a period. In this case, because the two punctuation marks perform the same function (they separate two independent clauses), they are either BOTH RIGHT or BOTH WRONG. And since they can’t both be right, they must both be wrong. And so you cross them off.

Another example of a test-taking mindset for a standardized test presents itself in any reading section. If one of my students were asked, “What does the scarlet letter represent,” they would answer, “What are my choices?” And they would proceed to analyze the given choices to arrive at the best answer. In this way, they think of themselves not as English students taking an English test, but rather as a teacher grading one.

For some students, these skills and mindsets are automatic. They may not even know they’re employing them. But for the vast majority of students, these things are not so obvious. In fact, they’re completely unaware of them. And these skills would be so useful for them to practice and employ. Over the course of their academic careers, from the OLSAT test in second grade, to the ISEE in fifth or sixth, the PSAT in tenth, the SAT or ACT in eleventh or twelfth, to the GRE, the MCAT and the Bar, being a good test-taker can have a tremendous impact on a student’s GPA, test scores, and admissions rates. We all know these tests are important. I recommend using the early tests as opportunities to develop healthy attitudes about them, to help young students see test scores as reflections of skills which can be learned and practiced, rather than as verdicts on their intellect and abilities.

Danny Strauss is a test prep expert and founder of A Perfect Score.
http://www.aperfectscore.com